Medicare officials are always working to improve member benefits and care and in the past they have informed half million beneficiaries about 26 private drug and medical plans that have performed poorly over the past few years. They want more members to join other highly rated health plans.

They have sent letters informing seniors they are enrolled in a plan that received low ratings.

The letters are aimed at letting members know that a plan they are enrolled in has received poor ratings. This urges members to select other plans that are available in their area during open enrollment and may have better ratings. Medicare has then even warned these health plans that they must offer better benefits and service in the future or they may not be a part of Medicare Advantage anymore.

Instead of a typical government form letter, each one was addressed to the individual member by name and tells the beneficiary that her plan “has been rated ‘poor’ or ‘below average’”  because it earned less than three stars under Medicare’s five-star rating system for three consecutive years.

Even though Medicare will send out these letters, some people still will not change their plan.

Sometimes there may even be a cheaper plan with a better rating, but members still don’t switch. This is a problem for both the member because they get unsatisfactory service, but also for Medicare because they are giving payment to plans that are not offering good service.

For many beneficiaries, plan ratings and highly rated health plans are not as important as price to members when they are selecting their service for the year.

In addition to the letters, Medicare is making it harder for people to sign up for one of the 26 plans. Members can join better performing plans electronically but to join lower performing plans, they must contact that insurance company directly. Those plans also have a special warning symbol next to their names to highlight their low ratings.

“We want to make it easy for beneficiaries to find and select the highest quality plans, and discourage people from staying in chronically low-performing plans,” said Isabella Leung, a Medicare spokeswoman.

While it is the member’s choice to ignore these type of warnings, they can still stay on these plans, but Medicare can take further steps and close plans that they feel aren’t performing well. This is one of the ways that Medicare is looking to elevate the care that is given by Medicare Advantage plans for all seniors who are enrolled. Highly rated health plans are the future of Medicare Advantage and health plans must strive to achieve 5 star ratings by improving their service and the service of all their vendors that work with members.

For more information about OTC Benefit Solutions and how our programs can increase members satisfaction while elevating service to members check out more about us. 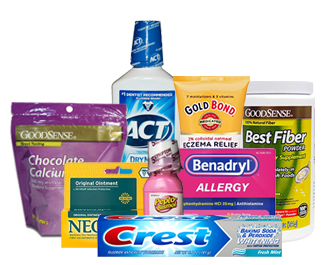